The culmination of Josephine's 2021 global Mother's Day campaign for adidas has been released in the form of an animation showing the mums in action. Six illustrations were created for this campaign and in collaboration with the Amsterdam based studio - Woodwork - these active mums have been brought to life.

Seen as a series of vignettes, each character bubbles into view, with Josephine's creamy colour scheme forming a new mum in a different scenario. Josephine’s fluid transitions between women are an excellent way of showing how seamlessly so many mothers have adapted to their circumstances during this time. Featuring new scenarios not previously shown in the UK campaign, you can see a pregnant mother doing yoga and a mother-daughter catch up over a video call. 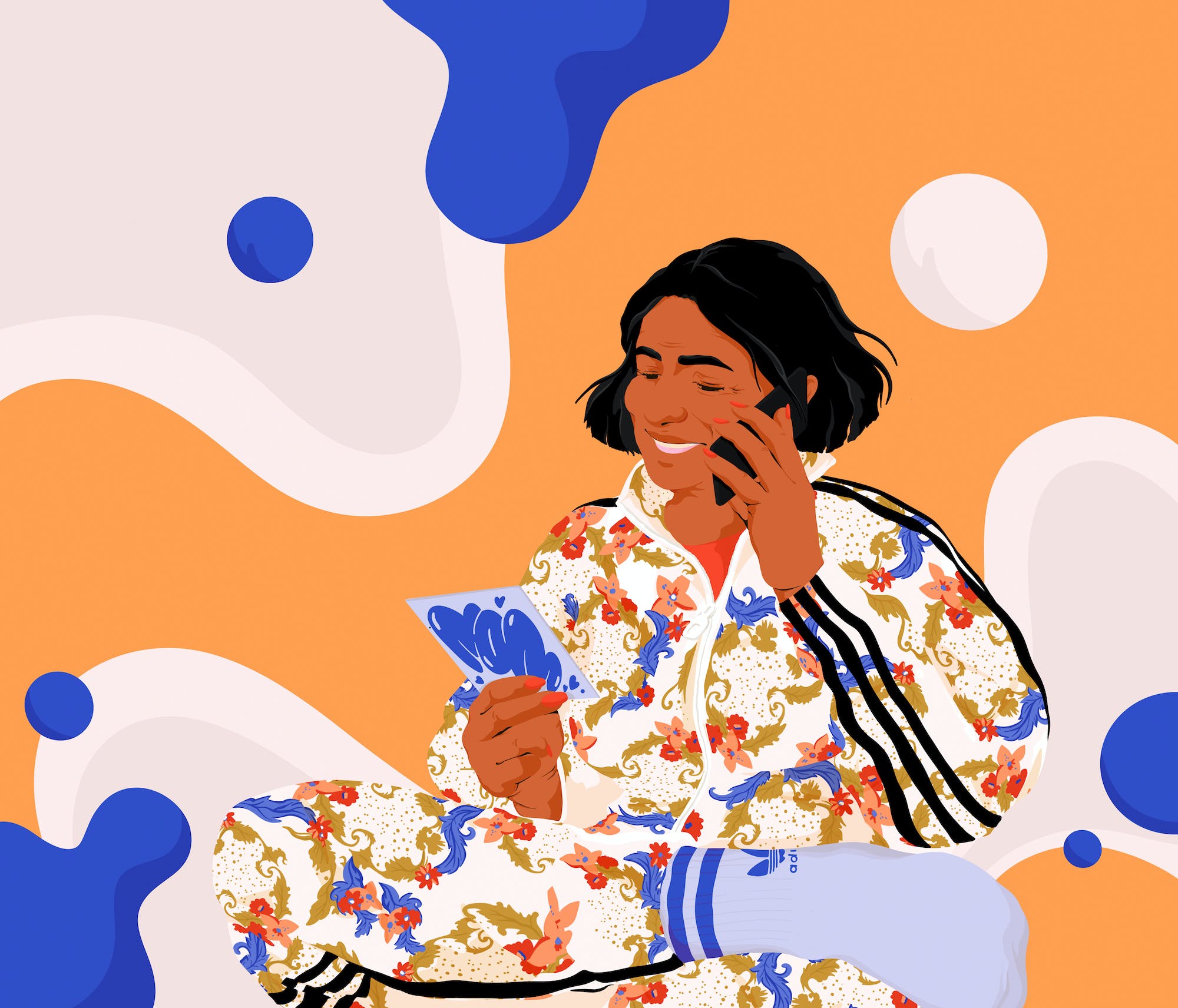 If you look carefully, it’s little touches like the matching shell suits the family wear over this call that makes the campaign so touching, showing all the little ways we’ve tried to remain close while families have been separated. As for real-life merchandise, Josephine’s illustrations have also been used for a limited run of Mother’s Day masks and tshirts, so keep an eye out for an opportunity to rep this year’s campaign while you’re out being active!