The robots are coming

We work in the future. We appear to our colleagues through a screen, collaborate virtually, communicate through DMs. But TDF’s David Oku has cast his gaze – and figurative felt-tips – to the future-future of work: the year 2071. 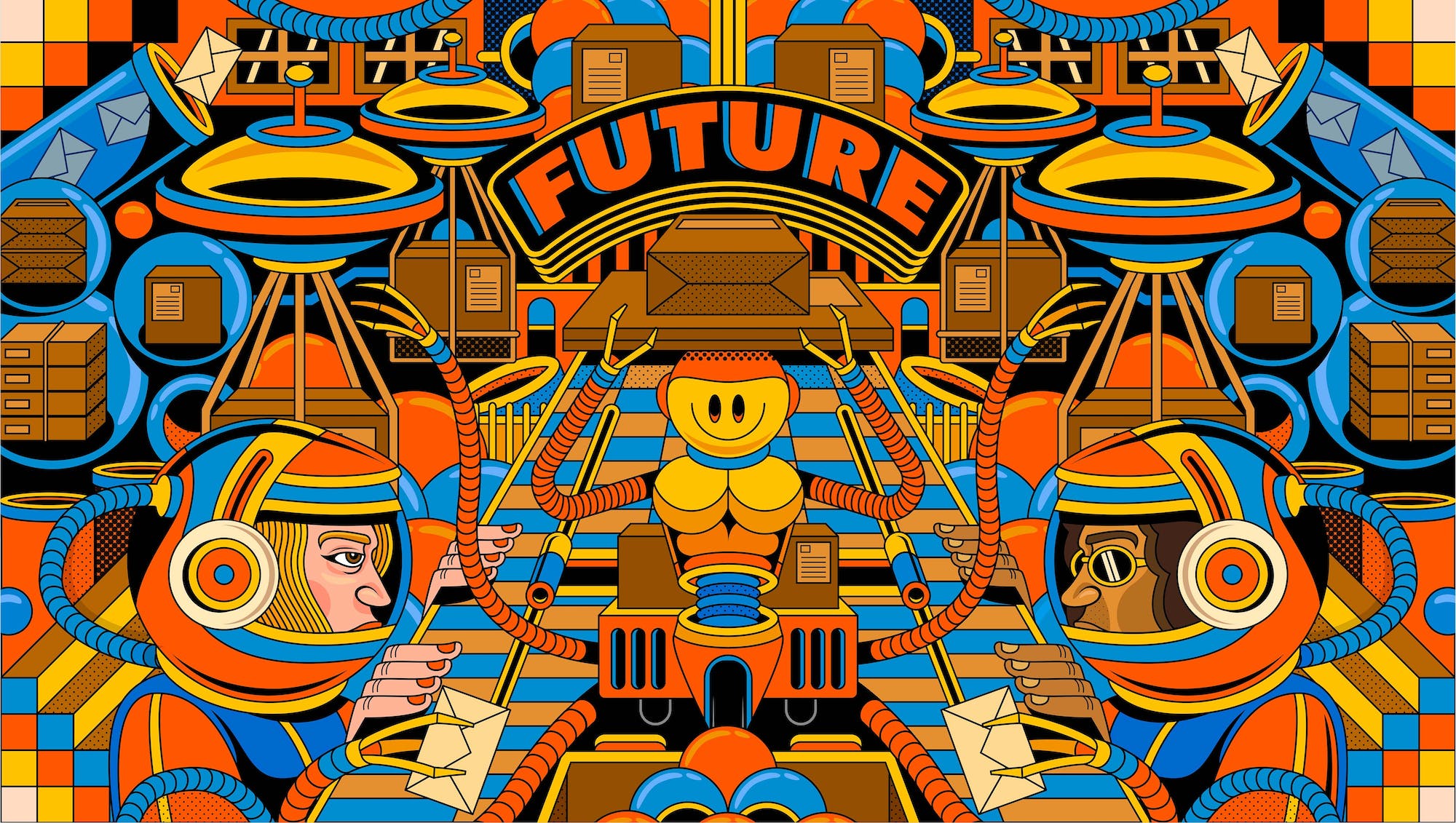 What does it look like? A little bit dystopian, very colourful and pretty damn cool. David has conjured up a robot-run diner, plus a mail delivery room replete with two space-suited workers either side of a parcel-handling android. A final scene depicts the spacesuits back at the diner, served by a smiling four-armed automaton. All blues, yellows and oranges – it’s like a Simpsons Treehouse of Horror episode directed by the ghost of Stanley Kubrick.

Commissioned by Campaign and Huawei, you can check out David’s eye-dazzling triptych here.